The Automotive Universal Joint or U joint has been around longer than the Automotive industry, whether Car, SUV, Truck or Bus are all affected by the coupling technology after the gearbox and steering.

Clarence Spicer patented the U Joint back in 1904,  As the oldest in the market, the Spicer U joints have been the industry standard for 100+ years but

Latest technology engines, fuel management systems, multi speed gearboxes are all at the mercy of the couplings in the powertrain, in the steering and the wheels. The Automotive universal joint is the oldest technology on any modern automobile.

Greaseable Advantages – By being able to grease a universal joint, this allows the internal bearings to run for a longer period before needing to be replaced.

Greaseable Disadvantages – The ability to grease the bearings in a universal joint is crucial to their performance and long term use, the bearings still need to be replaced due to wear and tear, friction and galling. The angle of use will also determine how often the central bearing cross will need to be replaced. The cheaper Spicer U joints are greaseable but they are not recommended for any more than light duty and even then any regular usage will reduce the lifespan of the bearings considerably. The same can also be said if they are used at any angle exceeding 4°.

Permanently greased universal joints are a more expensive version of the greaseable u joint, the bearings are pre greased to last longer. That being said angle of use speed used and amount of torque applied all are contributing factors for how long these more expensive bearings last.

Pregreased bearing Advantages –  The advantages are two fold, an increase in angle of misalignment and an increase in speed of operation. These bearings mean the angle of misalignment can increase to 25 degrees with less heat and more importantly no real increase in vibration due to thrust washers and other components. The maximum speed is 6000RPM with these bearings so the applications at this high end of the RPM rating may nullify the warranty or just mean increased bearing replacement. The improved components and better quality grease used in all means the bearings last far longer and dont require as much maintenance such as greasing and inspection to ensure the u joint wont fail.

Pregreased Bearing Disadvantages – The disadvantages are also two fold with the improved performance also means increased maintenance and increased replacement of wear parts, being the bearings. With the bearings now included inside the coupling the increased speed increases the friction so these pregreased bearings still have the same issue, expanding with the heat and seizing inside the race, thrust washer will tend to absorb more heat and take more of the increased torque . This means that while the bearing is pre greased it will still tend to dry out with use and will need to be replaced eventually, this increases the overall cost of the coupling, even with the more expensive bearings as it still increases the maintenance costs and lowers the ROI of the couplings.

Twin Spring offers one solution to both products, a set of counter wound springs means zero moving parts and being lubricated and encased in vulcanised neoprene means no water, dust or debris can enter the joint to cause failure

Replace Automotive universal joints in steering applications, smaller maintenance free and works in most steering boxes. Drivetrain and axles are also another area to replace u joints with Twin Spring Couplings. A 1 piece design replaces the 3 of a universal joint, meaning less chance of failure. 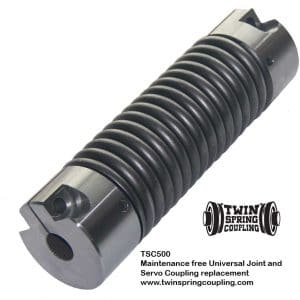 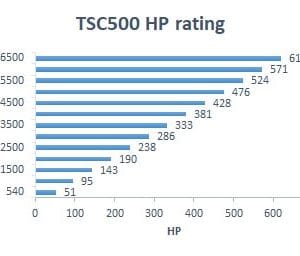 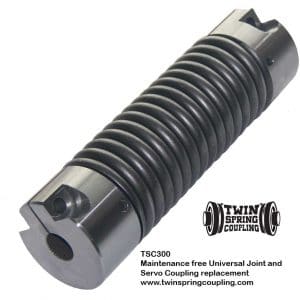 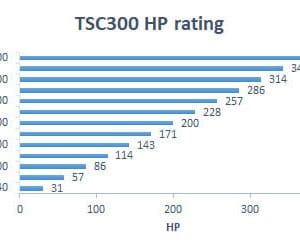